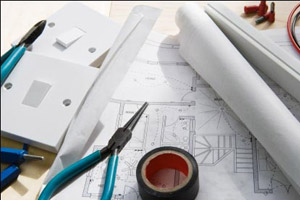 Design-Build is a method of electrical project delivery in which one entity – our design-build team – will work under a single contract with the project owner to provide design and construction services. One entity, one contract, one unified flow of work from initial concept through completion.  This is the Western Pacific Electric philosophy, which we believe re-integrates the roles of designer and constructor.

Design-build is an alternative to the traditional design-bid-build project delivery method. Under the latter approach, design and electrical construction services are split into separate entities, separate contracts, separate work. Across western Nevada, our design-build professionals successfully deliver both horizontal and vertical construction projects with superior results – no matter what the project type.

Streamlining project delivery through a single contract between the owner and the design-build team transforms the relationship between designers and builders into an alliance, which fosters collaboration and teamwork. United from the outset of every project, our integrated team readily works to successfully complete a project faster, more cost effectively and with fewer change orders.

If design build services are in your future, call the professionals at Western Pacific Electric, Inc. today and see what we can do for you!  775-324-2700

We provide professional Design Build services in the following towns in Nevada:

If you are looking for a reliable and professional Reno Electrician then please call 775-324-2700 or complete our online request form.